It’s hard to think of a more appropriate venue and I’m very happy to support the Ripon Museum Trust.

I’ve been a subscriber to Writing Magazine for many years and it’s always good to get a mention. Glad to say that events have moved on since I submitted the above and ‘Foreshadowing’ is now also available free of charge from Amazon.

Many of my stories have appeared in TPF over the last few years, but this is the first time I’ve had the honour of being included in the annual. This story is about the way in which some young women new to London explore the city and make friends along the way. I’d love to expand the idea into a novel one day.

Nothing for ages and then literary events come along one behind the other!

Every alternate Wednesday afternoon is booked at Harrogate Library for one or more PYA authors to strut their stuff and this week it was my turn. I spent as much time talking about my inspiration for the novel and its recently released prequel ‘Foreshadowing’ as I did about ‘Shadows of the Past’ itself and was happy to answer the many questions fired at me by the audience.

This morning saw me in Knaresborough taking part in a second PYA version of ‘Just a Minute’ with Paul Smith chairing this time. The other participants were romantic novelist John Jackson,blogger Susanna Lewis, horror writer Lee Franklin and poet Kate Swann, so a fair spread of genres! We did tackle some serious topics, but there was a great deal of hilarity as well.

Delighted to announce that ‘Foreshadowing’, a short prequel to my novel ‘Shadows of the Past’, is now FREE to download from Smashwords. https://www.smashwords.com/books/view/939207 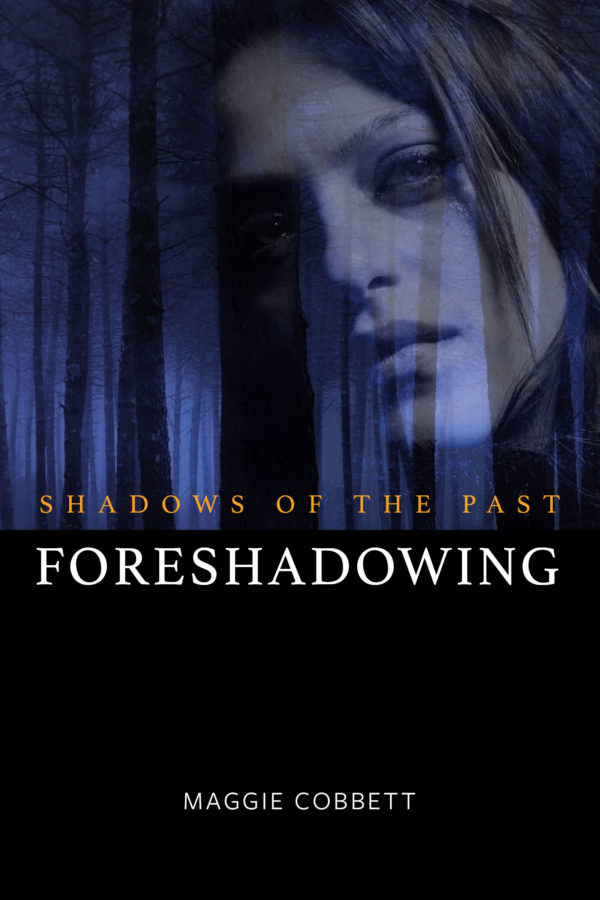 I’ve taken the advice of friends and fellow writers about the title and the cover – the original (a black and white image of a class of schoolgirls with their faces blanked out) proved unpopular with most – so I hope that the new one will meet with approval. The prequel delves into what persuaded the three girls who went missing in France to go there in the first place. It may strike a particular chord at this time of year! 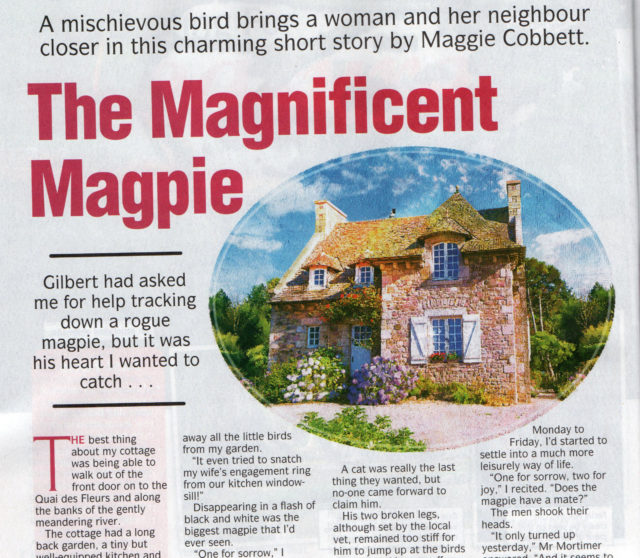 This latest story of mine to appear in a TPF fiction special was inspired by an anecdote I heard in France a few years ago.

On holiday in Charente-Maritime, I was invited for afternoon tea – very British – by some ex-pats who had set up home in the village and they told me about a cheeky magpie that had helped itself for a long time to anything it fancied. Exasperated market stallholders and shopkeepers were all for having it shot, but the Brits – more sentimental about our fellow creatures – decided to trap it humanely in a large box and transport it somewhere out of harm’s way.

The plan seemed to have backfired when their cat followed the magpie into the box, but the result was one that no one could have predicted. They both shot out again, with the magpie in hot pursuit of the cat, which ran for its life.

From this true story, I was able to ’embroider’ a tale of romance between neighbours. To fit the requirements of the magazine, my original has been quite heavily edited, but I’d be very happy to pass on a copy of the original to anyone interested. 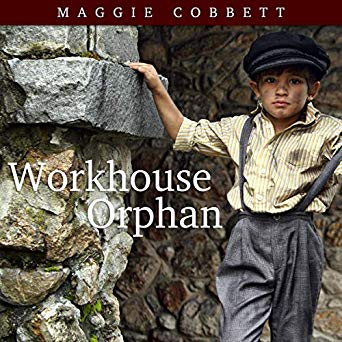 It’s taken a while, but it’s finally here. (Scroll down to see the post about the recording.)

If you’re already familiar with the book, you’ll notice something different about the cover of the audio version. Yes, it’s square! That’s a requirement of ACX and involved quite a lot of jiggery pokery with the original.

A free sample is available to listen to on Audible and I do hope that it will stimulate bumper sales. You can find it by copying and pasting the following link: https://www.audible.co.uk/search?keywords=Maggie+Cobbett&ref=a_hp_t1_header_search

I also have a few free promotional credits to give away on a first come, first served basis. If you’d like one and would consider writing a review, please get in touch.

Promoting books is just as hard, if not harder, than writing them and I’m always keen to try out new ways of doing so.

Following the advice of other PYA (Promoting Yorkshire Authors) members, I gave BookHippo a try, succeeded at my second attempt and am now proud to be one of its featured authors!

BookHippo (unlike many other promotional websites) makes no charge, although donations are requested in order to keep on expanding.