Those of you who’ve followed my blog for a while may recall my visit to Belfast a couple of years ago, during which I followed an itinerary that was similar in many respects to this year’s. You may also recognise my outfit. Being restricted by Flybe to one small piece of cabin luggage and a handbag certainly concentrates the mind on what is practical for one of these short breaks and ‘recycling’ is definitely a feature here.

The main point of this exercise was to fulfil a promise made to our younger son to take him to the Titanic Museum and he certainly enjoyed that. His smile speaks volumes, I think.

We also visited the Nomadic, formerly tender ship for (mainly 1st and 2nd class) passengers embarking at Cherbourg and now restored to its former glory.

We took a hop on hop off bus tour round the main sights of the city, including the murals along the Falls Road, Shanklin Road and the towering ‘peace wall’, still in place all these years after the Good Friday agreement. It’s a grim reminder of the fragility of the current peace and, as though we needed a further reminder, we stopped off at Crumlin Road Gaol. Facing the derelict courthouse, also closed for over 20 years, it offers guided tours and I wish I could ‘unsee’ some of the images, particularly that of the condemned man’s cell and execution chamber. It struck us as very odd that the Gaol is now a popular venue for concerts, weddings and other celebrations. If it really is haunted, as many will tell you, the ghosts of the men, women and even children incarcerated there for almost two centuries must look on in total disbelief.

The weather was mixed, but we didn’t let that put us off taking a day excursion to the Antrim coast, which was very worthwhile. The highlight was the Giant’s Causeway, very windy but fortunately dry. Our coach driver encouraged us to climb up onto the rocks, which some people did, despite the best efforts of National Trust volunteers to discourage them. Whether that was for their own safety because of the strong wind or fear of damage to such an important heritage site wasn’t clear, but plenty ignored the warnings. We were more circumspect, not wanting our day to be ruined by a broken ankle or, indeed, a broken neck! It’s very hard to believe that the hexagonal basalt columns weren’t cut out by modern machinery rather than volcanic activity millennia ago. There is also the legend of the Irish giant Finn McCool, of course, and his creation of a causeway to Scotland in order to challenge another giant, Benandonner.

Our tour, courtesy of McComb’s Coach Travel Ltd., also took in Carrickfergus Castle, the famous rope bridge at Carrick-a-Rede and the Bushmills Distillery. In between the various stops, the scenery was stunning and our driver Patrick treated us to a very comprehensive commentary as well as – he admitted himself – some appalling jokes.

We stayed at the Premier Hotel in Waring Street, which is comfortable and has exceptionally friendly and helpful staff. The adjoining restaurant was very handy when aching feet refused to go any further in search of dinner and offered good choices at reasonable prices. Rhubarb and custard sundae proved to be a firm favourite with our son!

It’s hard to think of a more appropriate venue and I’m very happy to support the Ripon Museum Trust. 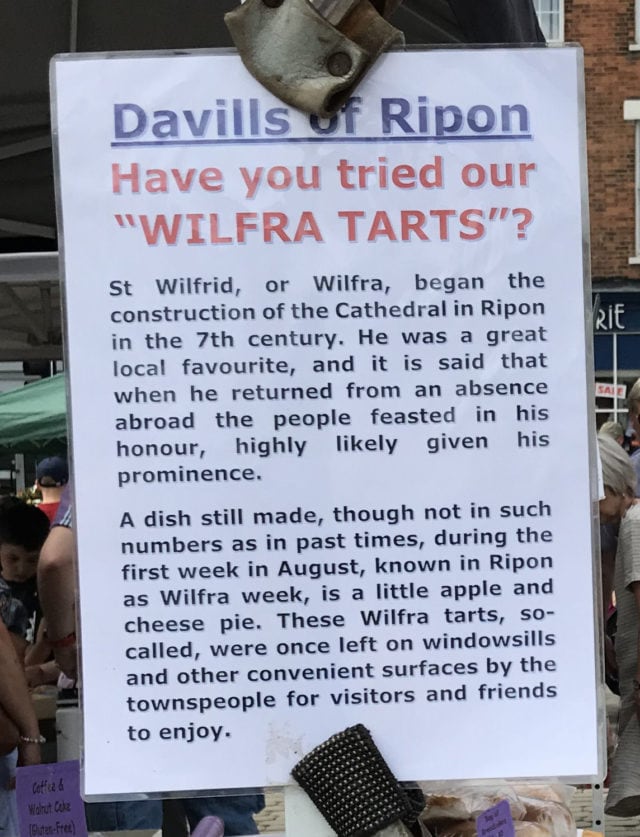 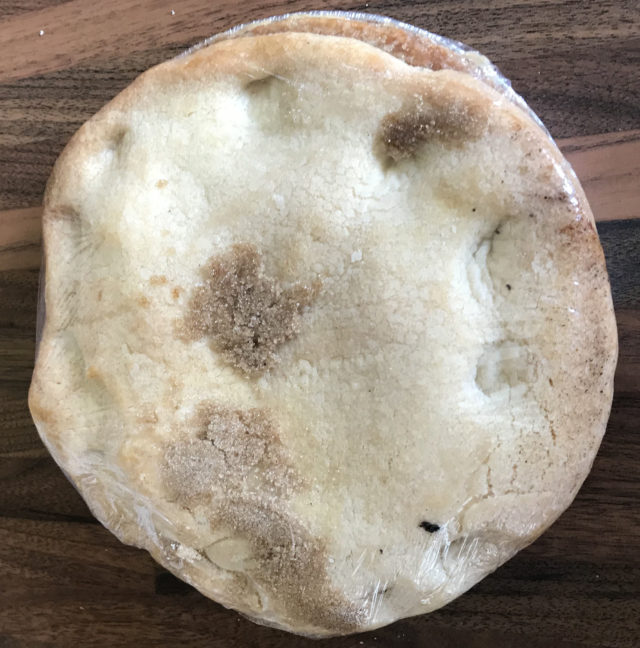 Not only do Riponians eat, drink and make merry on Saint Wilfrid’s Day, but there’s a grand procession through the ancient streets, a fair on the Market Place and jollifications in various other parts of our little city. This year, we were also blessed with fine weather. 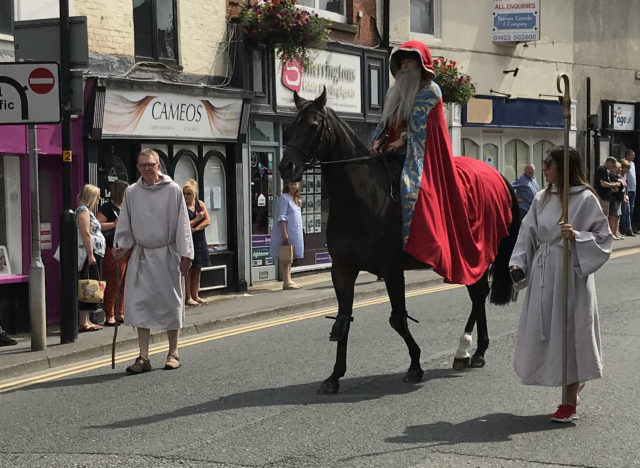 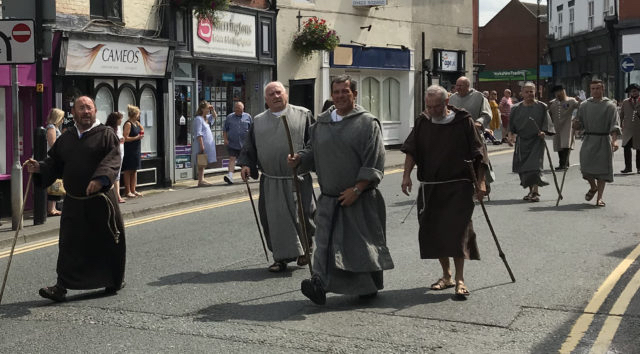 Traditionally represented by a man in a bishop’s mitre, Saint Wilfrid has been played in recent years by a woman. This began as a necessity – no suitable male rider and horse could be found in 2017 – but it raises few eyebrows now.

I always look forward to my week at Swanwick – this will be my 14th consecutive attendance – and it looks as though I’ll be busier than ever this year.

As well as the above session straight after breakfast on Tuesday morning, I’ll be handing out keys, taking a group of new Swanwickers (White Badgers) on a tour of the venue (Hayes Conference Centre), acting as a welcome ambassador, helping Jen Wilson with the Prose open mic AND THAT’S NOT ALL.

I’m pleased and proud that the five-minute play I submitted to this year’s Page to Stage has been chosen for performance. Can’t wait to see what its director and cast make of it. They’ll be chosen (not by me) from all those who put themselves forward to take part. 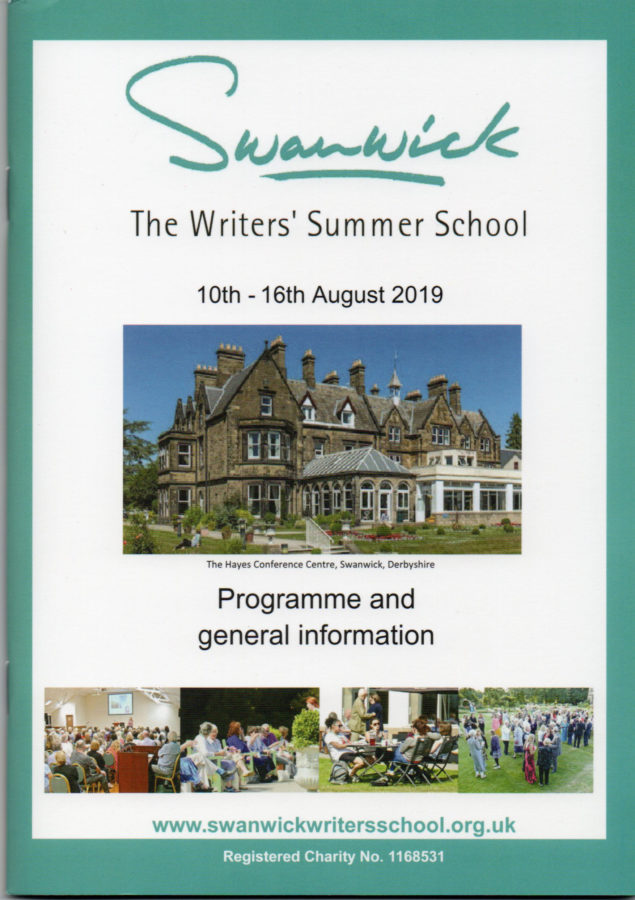 I’m really looking forward to catching up with old friends and making some new ones.

An accolade for Harrogate Library 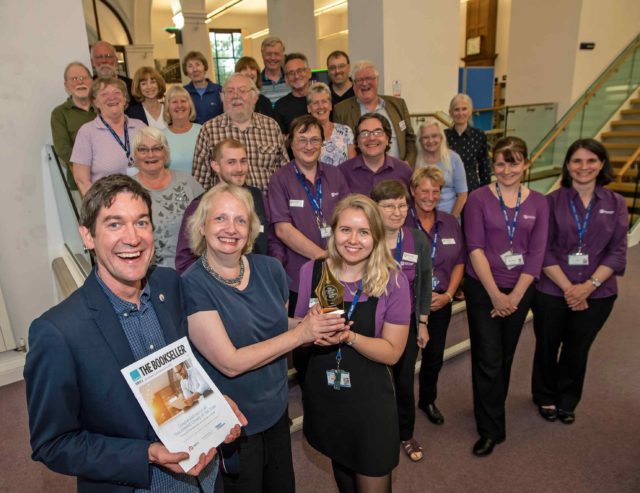 You might just about spot me towards the back of this beaming group of staff, volunteers and authors on the day when Benedicte Page of The Bookseller magazine handed over a Golden Nibby to library supervisor Abigail Turner. On her left is Fraser Hutchinson of the Reading Agency.

Harrogate’s naming as ‘Library of the Year’ has been partially attributed to its ‘strong programme of events’. As a member of PYA (Promoting Yorkshire Authors), I have been involved in several of these over the last few months, facilitated by the ever helpful Jane Rigoso (seen here on the right of the photo) and look forward to more in the future. Watch this space! 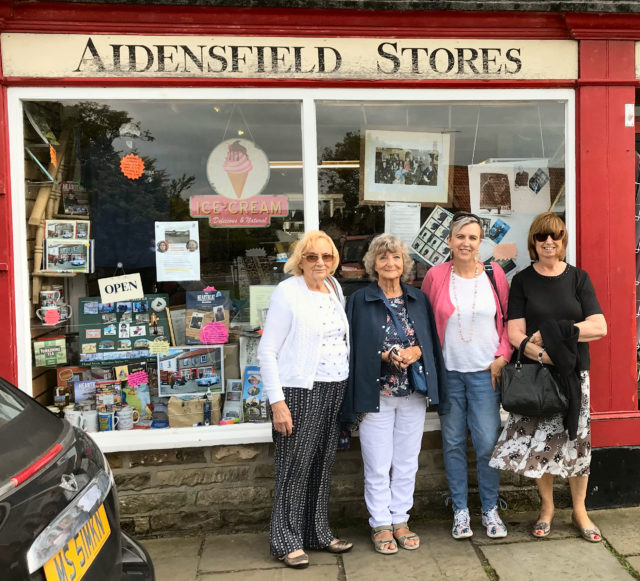 As a supporting artiste (‘extra’), I took part in many episodes of this very popular show and was, like millions of others, disappointed when it was axed a few years ago. However, memories linger on and nowhere more so than in Goathland, high up on the North Yorkshire Moors. The village stood in for the fictional town of Aidensfield and is still visited by many thousands of tourists each year. When asked by a close  friend to accompany her on a day out with her mother and friend, both fans of the show, I was happy to oblige and tell them all about my experiences over the years. 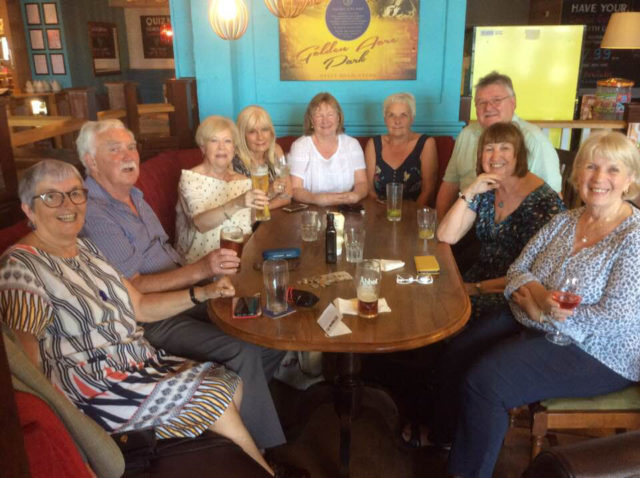 What do eight of these people have in common, you might wonder. (The ninth, brought up in a different part of Leeds, had kindly volunteered to drive so that her husband could enjoy a couple of drinks.) Well, our lives may have led us as far away from Yorkshire as Ireland, Canada and Australia, but we all attended at least one of the above Leeds schools back in the day. Some of us attended two of them and two of us attended all three. The conversation never flagged, despite the fact that we’d chosen to meet on the hottest July day ever in the UK and the Lawnswood Arms has no air conditioning. (Great food though!)

Many of my stories have appeared in TPF over the last few years, but this is the first time I’ve had the honour of being included in the annual. My original title for this one was The Monopoly Challenge and it’s about the way in which some young women new to London explore the city and make friends along the way.