Will toiling underground in a Yorkshire coal mine be even worse than life in a London workhouse? Young David Dawson is given no choice in the matter and can only hope for the best, but what of the younger brothers and sister he has been forced to leave behind? Trying to think up a plan to rescue them is at the forefront of his mind as he gets to grips with backbreaking work and the almost incomprehensible speech of his new co-workers. 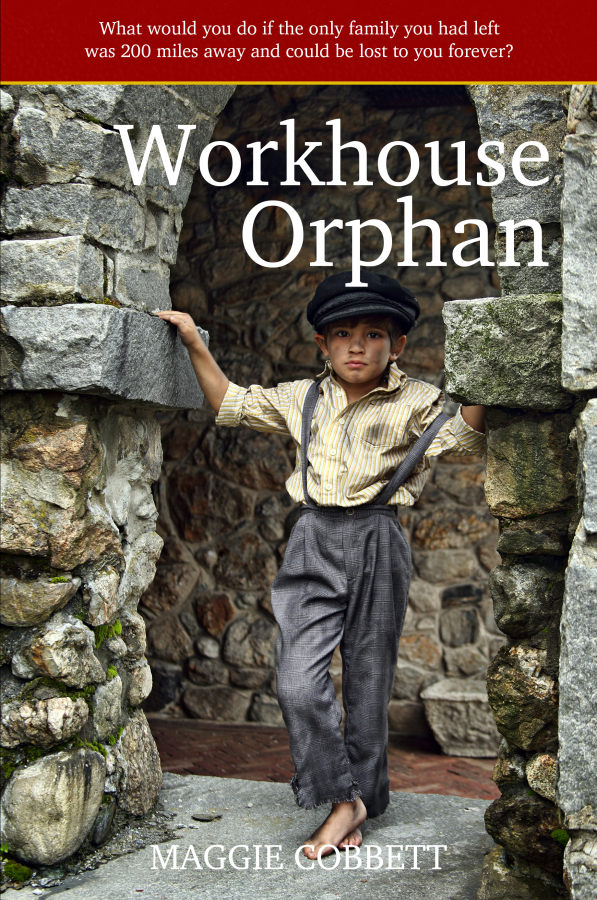 While this is a work of fiction and has a positive resolution, I hope that it may serve as a reminder of the inhumane treatment doled out to ‘paupers’ all over our country until well into the 20th century. Once inside the grim walls of a workhouse, families were split up and given no say in their daily lives. Outside, they might well starve or freeze to death. Orphan children were particularly powerless, their fate at the whim of the Board of Guardians.

This novel is set in an era when thirteen is considered high time for a child to earn his or her own living. Things have moved on since the days of Oliver Twist, but conditions are still harsh. His education cut short, young David faces a future of exhausting manual work in an industry known to be the most dangerous in the UK.

My inspiration has come from the cherished memory of David Robert Davidson, a workhouse boy from London who was briefly married to one of my great-aunts. Ten years younger than she, he was her second husband, the first having already perished in the Great War. In the photograph above, I believe David to be the young man posing with the Lewis gun.

He had been sent up to Hartshead, a small mining village in the former West Riding of Yorkshire, to work as a ‘hurrier’, pushing along heavy carts full of coal. As far as I have been able to ascertain, his reason for marrying was to take care of his friend’s widow and children until he was called up and to ensure their entitlement to a pension should the worst happen. Unfortunately, it did. David’s name is included on a memorial plaque in St Peter’s, Hartshead and honoured each Remembrance Day.

I should stress that ‘Workhouse Orphan’ is NOT a biography. The details of David’s short life that have passed down the family are too scanty for that. All I do know for sure is that his widow and stepdaughters thought the world of him. When they emigrated to the USA in 1919, they took with them his regimental photograph, from which the detail above is taken, and the certificate issued in recognition of his sacrifice for King and Country. Both were cherished until the last stepdaughter died, at which point they were sent over to me. A younger cousin now has charge of them.