The Play’s the Thing! Hamlet in York. 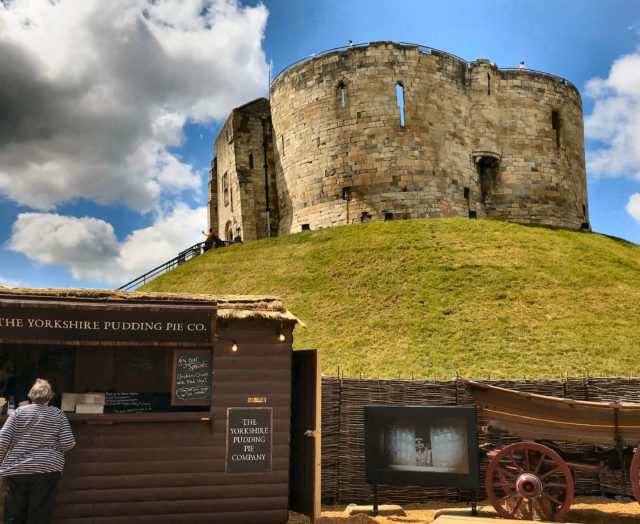 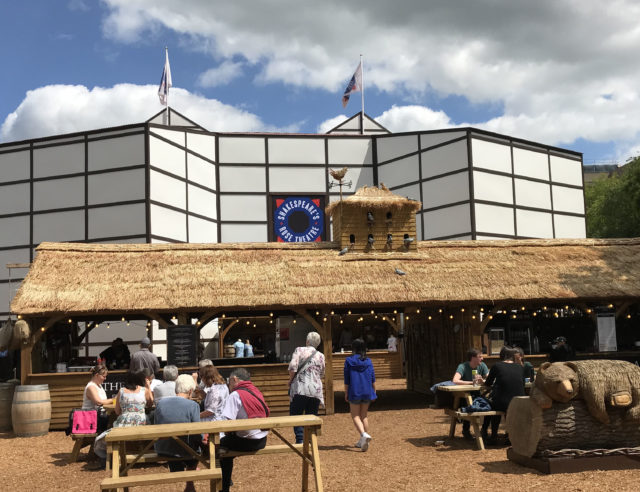 For the second year running, a mock up of Shakespeare’s Rose Theatre has appeared in York, adjacent to one of its most iconic spots. Once part of York Castle, Clifford’s Tower has a grim history stretching back over 1000 years. 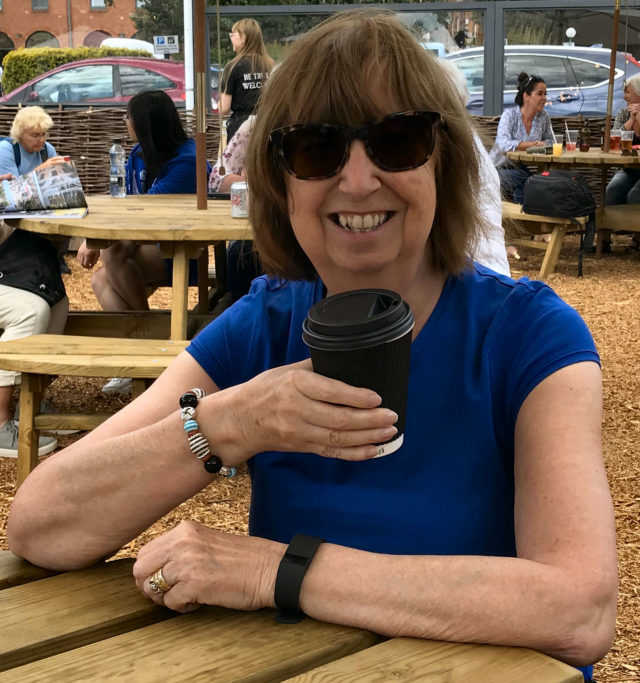 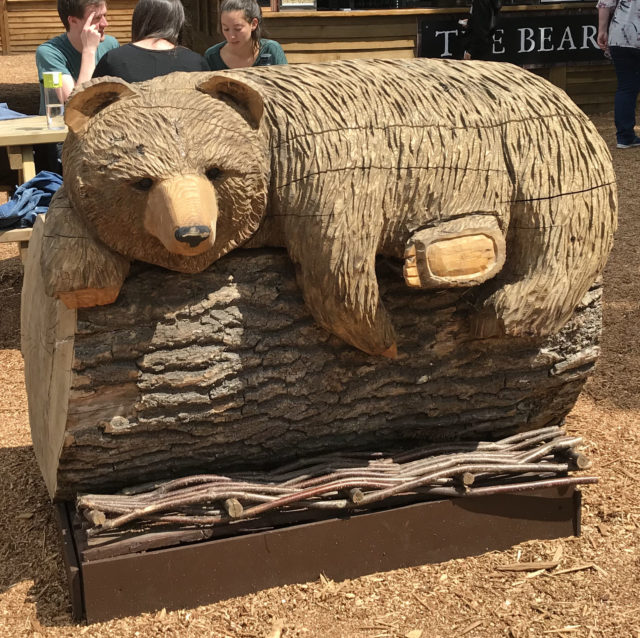 Surrounded by a ‘village’ with stalls, an Elizabethan style garden and an outdoor stage for itinerant performers – we were entertained by ‘Mad Alice’ to the grisly  history of hanging and the Plague/Black Death while we had our lunch – the Rose Theatre has a schedule of matinee, evening and special schools performances throughout the summer. Our visit took place on a warm and sunny afternoon, which was fortunate. Although the galleries are blessed with a roof, the wind can really whistle through them some days, as I discovered last year.

The ‘groundlings’ were also lucky for this performance and had plenty of room to sit down or lean on the stage. (During sell out sessions, they can be packed in like a football crowd, must remaining standing throughout and are not allowed umbrellas on even the wettest days for fear of blocking the view of the stage from the seated areas.) There can be perks, though, for those anxious to be close to the action. We saw one chap singled out by Hamlet, who bounded off the stage and gave him the full ‘What a piece of work is man’ speech from very close quarters indeed, and a girl was presented by Ophelia with a daisy. Imagine that at the Old Vic!

I very much enjoyed the performance, with David Oakes in the part of the gloomy Dane backed by a strong cast. Having struggled throughout to remember why his face was so familiar, I discovered later that he’d played the part of Prince Albert’s brother in the latest TV drama about Queen Victoria. Photography is strongly discouraged, but I allowed myself this shot of the finale. Over exposed, I know, but the sunshine was so strong that some cast members were squinting when at the front of the stage. The only other drawback was that lines were occasionally difficult to hear, which may have been for technical reasons. I know the play well enough for that not to be a major problem for me, but some of the people around me were struggling

The other plays being staged in rotation this year are Henry V, The Tempest and Twelfth Night, with actors often having a major role in one play and a minor one in another. To satisfy the increasing demand for ‘diversity’, casting is colour blind and, for some roles, also gender blind.  Horatio, for example, was played by a woman. Quite a reverse from the situation in Shakespeare’s day, but I think he might have approved.