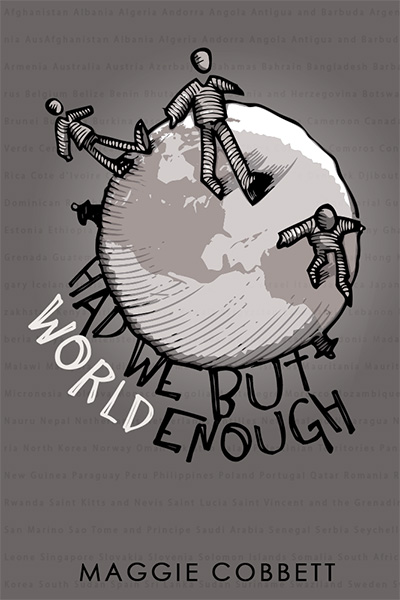 Had We But World Enough

Seven hopeful souls embark on new lives, but will they end up with more… or much, much less than they bargained for?

Stories In This Collection

Plenty More Where She Came From
Whisked from an African village childhood to the scullery of a British brothel, Mary is tired of being a drudge. This story was first published in Writers’ News, having won first prize in its short story competition

A Deal’s A Deal, Isn’t It?
Aspiring writer Vivien dreams of moving to Key West. Only two things stand in her way; a sceptical husband and US immigration policy.

Grandfather’s Dream
Two young Afghan boys are sent off on a perilous overland journey neither wants to make. Only family pride and loyalty will stop them turning back.

Fine For A Fling
A holiday romance in an idyllic Turkish resort has unexpected and far reaching consequences. An earlier version of this story, entitled ‘Not Wanted’, is included in ‘Migration Stories’, a Crocus book launched by Commonword in 2009.

You Can Always Tell A Yorkshireman
When down to earth George Barraclough stumbles across a frightened fugitive, neither can imagine the effect they will have on each other’s lives.

Cuban Nights and Yorkshire Mornings
Most tourists to Cuba bring back cigars or Che Guevara T-shirts, but one woman ends up with something better. Or so she thinks…

First Christmas
It’s Christmas Day and Clare’s family has disappeared. Whatever can be going on?

“Having read and enjoyed the author’s first collection of short stories, I was pleased to see this second collection appear. I’ve enjoyed it just as much, if not more, that the first. I’d never realised how handy it is to have something so well-written and entertaining to hand when wondering how to usefully fill the next ten or fifteen minutes! A really nicely crafted book.”

“It is very rarely indeed that I rate a book as worthy of 5 stars but I absolutely do with this beautiful and well-crafted anthology (based on the theme of migration, both willing and unwilling). It is thoroughly engaging from beginning to end, and brim-full of humanity. I found myself mulling over the stories even days later.”

“A most thought provoking collection of short stories some of which I feel would translate into One Act plays. You really got to empathise with the characters, and loved her sense of macabre mischief in some of them. Can’t wait to read her next collection of stories.”